The Transition to Leadership

Welcome to the WBC blog. In this piece, the first of a series, we take a look at some of the career and leadership issues our clients have faced, with the story of two newly appointed leaders….

A Tale of Two Careers

Alex studied Chemical Engineering and joined a petrochemical company as a technologist working in the butadiene plant, conducting research to develop new and improved manufacturing processes for synthetic rubber.  As a company expert in the technology, Alex soon took on the role of team leader, supervising a small group of scientists on various projects, gaining several patents.  This success caught the attention of management, leading to promotion to plant manager for the polyethylene plant with responsibility for a large team of engineering, operations, projects, and maintenance staff.   But the transition to management was difficult at first. Alex tended to see everything through the prism of technological processes and – unwittingly – focused on the work he was familiar with and that had led to his career success. His new stakeholders noticed this; his technical expertise counted for little in the operating environment, and they didn’t share his passion for the science behind their products. As a result, instead of working together, the plant’s various teams turned in on themselves into a group of silos. While production continued to outperform, other processes did not. Project deadlines slipped, budgets overran and minor HSE incidents increased.  Alex’s first appraisal in the new role was a difficult one….

Jan qualified as a quantity surveyor and went on to complete several other courses in construction and structural engineering. Working for a large property developer, she successfully managed some major projects, from negotiating the land acquisition through to completion, operating in a tough commercial environment with strict deadlines and tight budgets that called for strong management and control – and Jan behaved accordingly, effectively leading from the front, championing her firm’s interests and inspiring her team to outperform. Based on this success, the company promoted Jan to a new regional role, overseeing a portfolio of developments and taking responsibility for property management. In this position, Jan had to deal with a variety of new departments and stakeholders, all with their own interests and priorities – rather more complex than simply completing a building project. In contrast to Alex, when he took over the plant, Jan quickly gained the support of her new teams and successfully increased the performance of her portfolio.

So what was the difference between the two? Both were highly qualified and experienced, with a successful track record in their chosen professions and enjoyed the confidence of teams they had led as well as their senior management. Both worked in sectors driven by science, technology, and engineering, whose “hard skills” qualifications are vital to career progress. But when they stepped up to broader roles, one succeeded where the other failed.

Alex chose to continue to focus on the work that had brought him success and the respect of his own team, assuming that this would give him credibility and authority with the rest of the plant’s teams. And rather than ignoring the other functions, he felt he was letting them get on with things without being micro-managed, only calling upon them when reporting processes or deadlines required it. But he struggled to appreciate the importance other teams attached to their own activities and failed to set an all-encompassing vision. There was no sense of common purpose, of shared values and mutual respect.

Jan, on the other hand, was quick to delegate her former development responsibilities to colleagues she’d known and trusted, and set about learning the other aspects of the business she’d taken on. Crucially, she had enough self-awareness to know that her current leadership style – assertive, even abrasive sometimes – might not be appropriate with a new set of stakeholders. Her focus was very much on communication – especially listening – and developing a common vision for the whole business.

These two case studies – an amalgam of various examples and of course simplified for the purposes of this article – illustrate the challenge of moving from a purely functional role into general management positions. It’s a problem that is particularly common in sectors that rely heavily on professional or technical qualifications – such hard skills are often well developed at the expense of the so-called soft skills. But as Alex’s experience shows, leading a multi-disciplinary team calls for much more than technical skills.

How can individuals develop such “soft skills”? In the example above Jan had an advantage in that in her project management roles she had already been exposed to a range of different stakeholders and had worked with variety, conflict, and ambiguity. Alex, on the other hand, had developed his career in a rather narrow field, dealing almost exclusively with people from a similar background and experience. This is the first lesson for any aspiring a manager looking to make the transition – get exposure to different experiences and challenges.

The second is to diversify your training & development (and of course we have a particular interest here): both Alex and Jan had concentrated on developing their technical skills and qualifications. We don’t accept the idea that “great leaders are born, not made”, believing that alongside technical and professional skills, individuals should and can develop the skills of empathy, communication, resilience, as they embark on the road to a leadership position.

For more information on this topic, take a look at our 2020 White Paper on the Transition to Leadership. 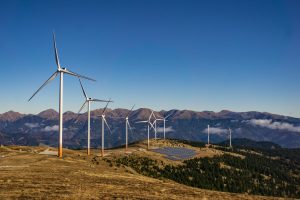